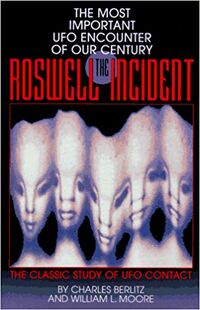 Roswellian Syndrome is the Bandwagon effect from giving attention to the Roswell incident, that results in its current mythology. The phrase was coined by prominent skeptics, Joe Nickell and co-author James McGaha.[1]

According to Nickell and McGaha, the myth-making process of any reported UFO incident can be outlined by five factors, using Roswell as an example:[1]

Retrieved from "https://alienresearch.fandom.com/wiki/Roswellian_Syndrome?oldid=9751"
Community content is available under CC-BY-SA unless otherwise noted.