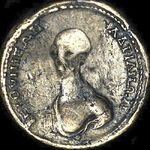 Alien economics, or extraterrestrial economics, is a thought experiment as to what resource on Earth, would be the most valuable to a complex intelligent alien. Concerns were raised by some in the mainstream scientific community, such as Stephen Hawking,[1] and NASA astrophysics director Paul Hertz—who have warned that potential invading complex extraterrestrials would leave nothing behind.

Though gold is a value commodity for humans, it may not necessarily be for extraterrestrials. When a star is dying, its mass grows and atoms compress to the point that it will explode; thereafter, large amounts of gold is spread throughout a young solar system.[2] Thus gold is considered as a perfect, carbon free metal that is substantial in the known universe. From a macrocosm prospective, gold is "no more valuable than a piece of plastic."[3]

In astrobiology, Earth's liquid water is a study in thought experiments for determining complex life in extrosolar systems. The Earth holds vast liquid oceans considered viable by Goldilocks conditions. Interestingly, the first known human civilization, the Sumerians, put strong emphasis on water as seen in Sumerian writings. The deepest well of water was known as the 'Apsu' or 'Abzu' (Cuneiform: 𒍪 𒀊, from which we get the word 'abyss'). The 'Abzu' concept was so influential to Sumerians, that they deified it as the god Abzu, a pre-god to Enki.[4]

In ancient astronaut hypothesis studies, even Zecharia Sitchin's thought experiment in The Lost book of ENKI, presented literary relationships with gold and the abzu (lit. meaning "deep water", later "abyss"). In Sitchin's ENKI glossary, Abzu is defined as—"Enki's gold-mining domain in southeast Africa". Whatever source material Sitchin was using, it is quite possible that gold was a metaphor for fresh-water. Whether Sitchin had any awareness of possible paronomasia in his source material - or not, is of debate. It could also be alternatively debated that Sitchin came up with 'gold', as a value of choice, to replace a mystery commodity that the Anunnaki were really after. That way, Sitchin would have more fictional freedom to embellish concepts like: 'the need for refined gold to re-sustain Nibiru's atmosphere'. Sitchin's gold thesis is ironic—due to the fact that a certain amount of fresh water (refined) is needed in our atmosphere to sustain complex life. 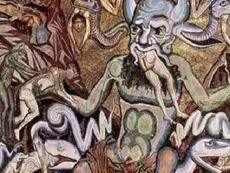 Earth's resources deepens with the most prized obscure element of interest to mythological gods (ancient astronauts), ever recorded in man's documented history — Amrita (Sanskrit: अमृत, amṛta), commonly known in Greek mythology as ambrosia. If there is any truth to the alleged 1954 USA contract (known in ufology as 1954 Greada Treaty)—to meet a quota of biological specimens (specifically human) as an offering to EBEs, then this would support a connection between human biology and ambrosia. If human biology is ambrosia,[5][6] the good news is—we as humans get to keep living as a society; the bad news is—living as human cattle for alien economics (See alien conspiracy theory).

Retrieved from "https://alienresearch.fandom.com/wiki/Alien_economics?oldid=10504"
Community content is available under CC-BY-SA unless otherwise noted.